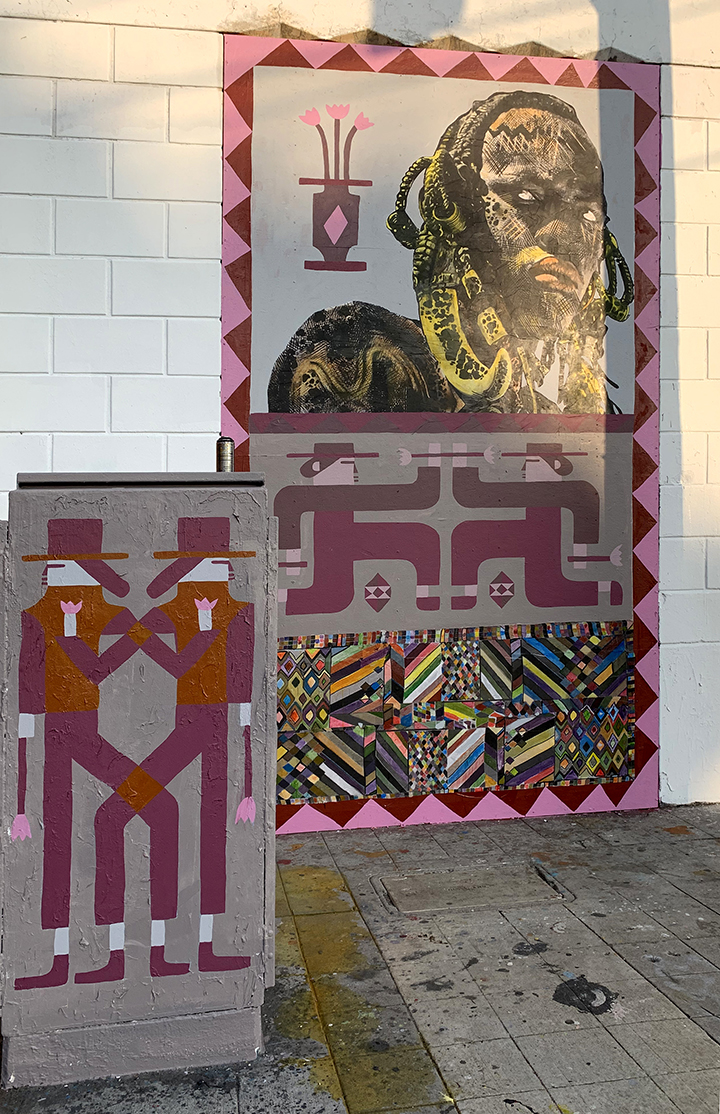 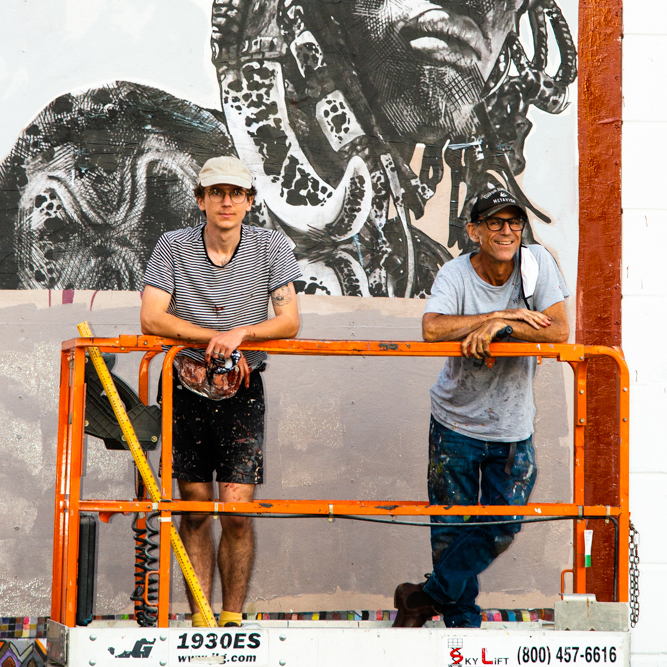 The piece deals with climate change, the exploitation of indigionous people and modern day colonialism.

The Mursi Tribe of Southern Ethiopia have a reputation as one of the most fearsome warrior tribes in the world. While their ferocious appearance may be intimidating the Mursi are actually a pastoral tribe. They are nomadic and breed cattle. The tribe lives on the edge of Lake Omo, a massive body of water that spans South Sudan, Ethiopia and Kenya. As the water recedes due to global warming the various tribes follow the shrinking lake bringing them into conflict with other tribes. The Mursi have also seen their tribal lands appropriated by the Ethiopian Government.  The land has been leased to a Chinese sugar cane plantation. Often the Mursi will get into a skirmish with the Chinese workers and the Ethiopian army will then crack down violently. Many indigionous people have been killed, moved off their ancestral lands or arrested.

Accompanying the Mursi warrior are two figures holding flowers both displayed and concealed. The flower is a universal symbol of balance, love and the cycle of life. This embodies the aspect of our nature that unify and connect us.

Tumnwi is a manifestation in the sky.  A rainbow, a bird, a God. The sky above, the earth below. 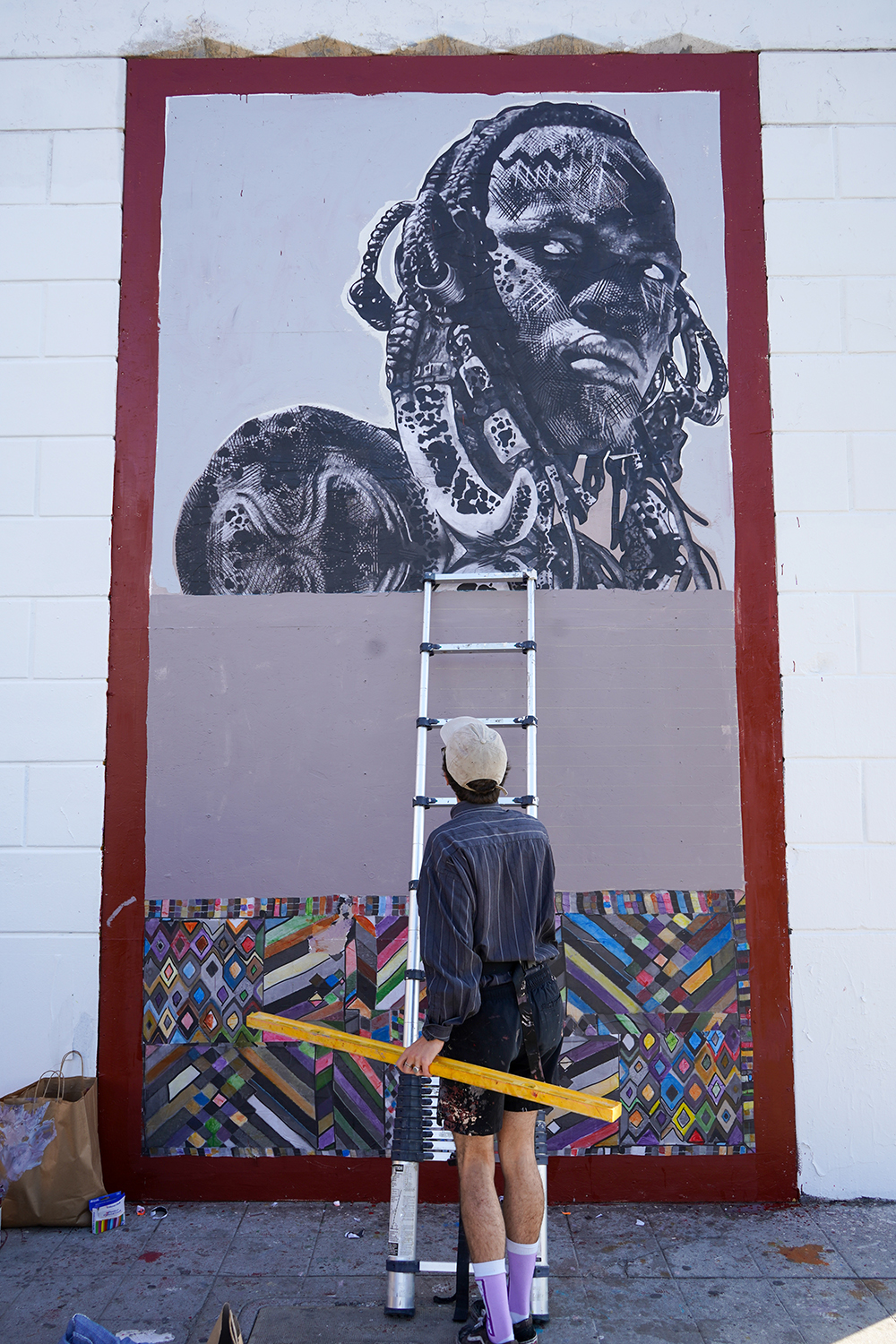 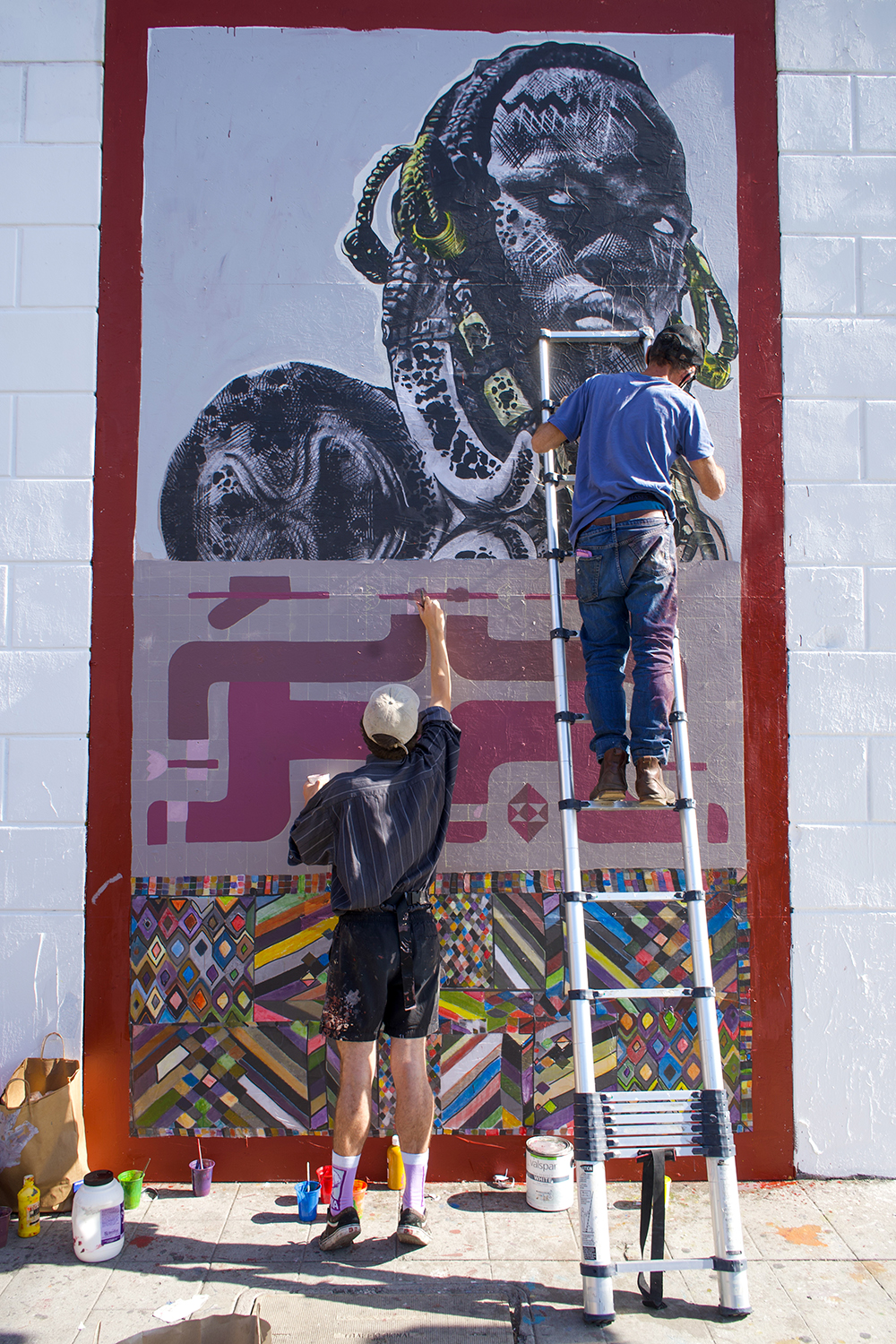 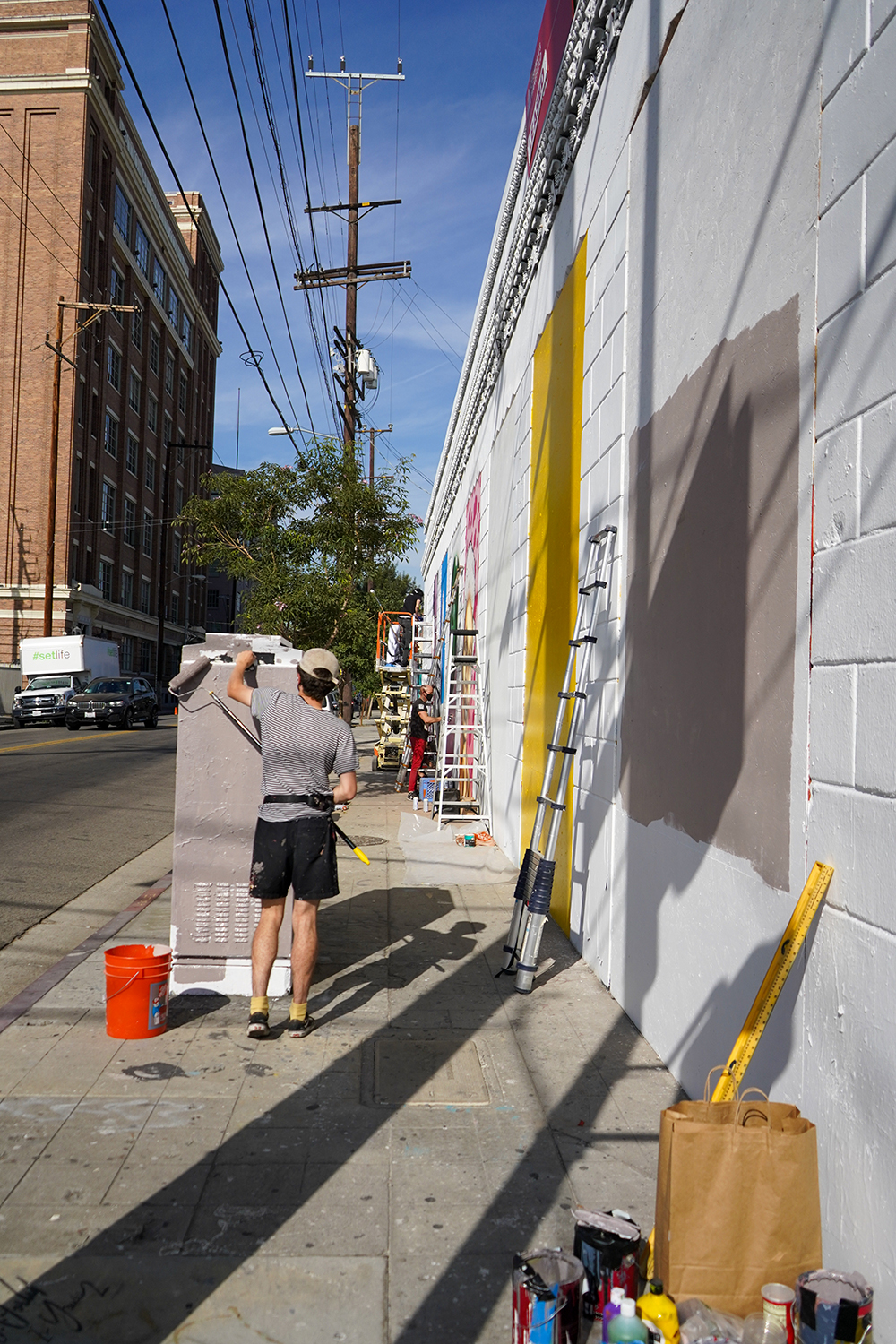 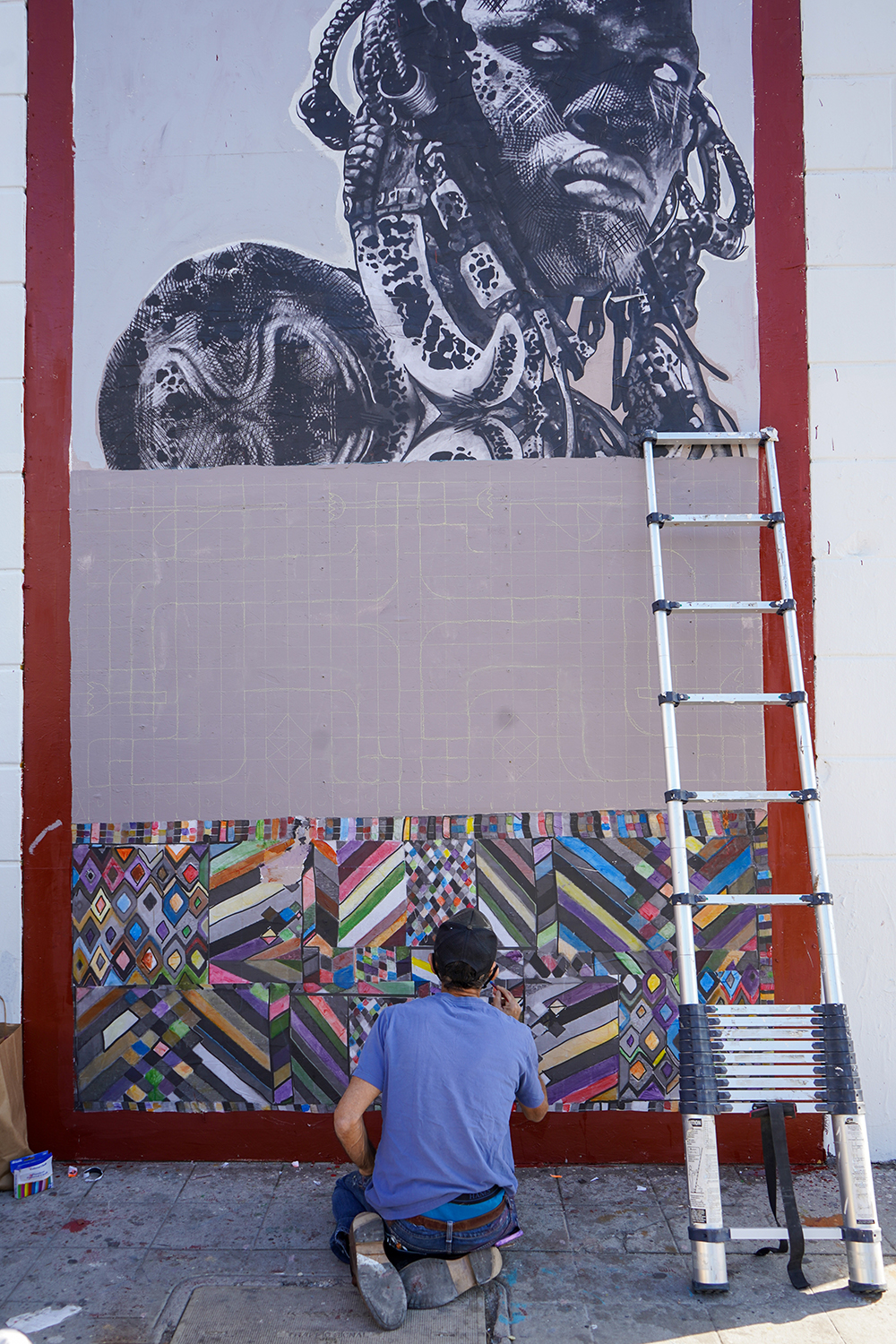 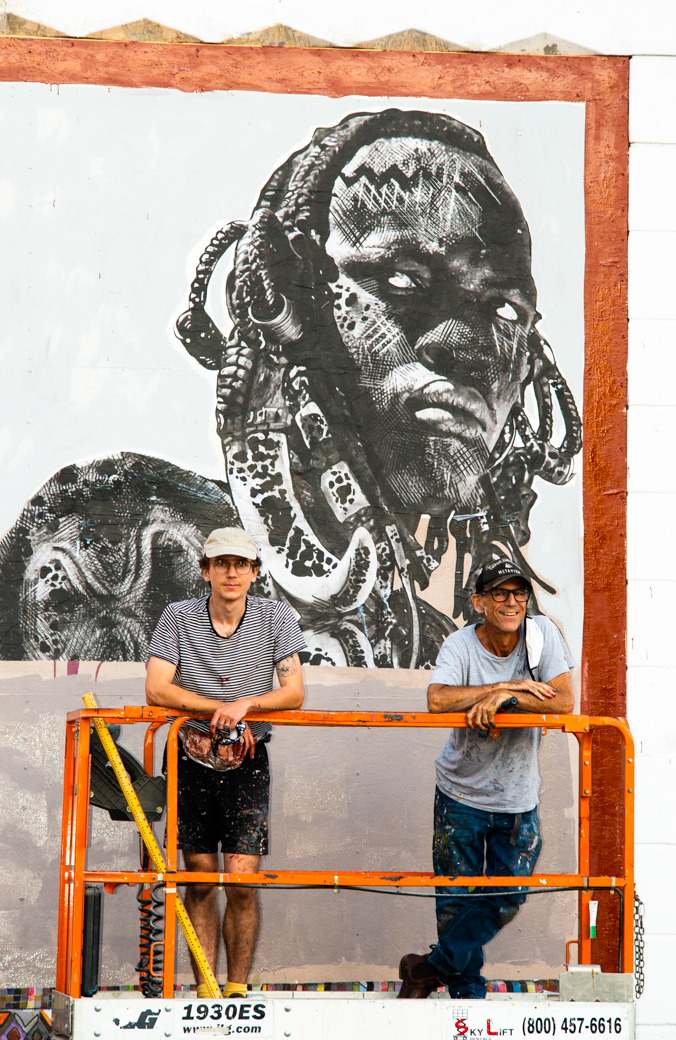