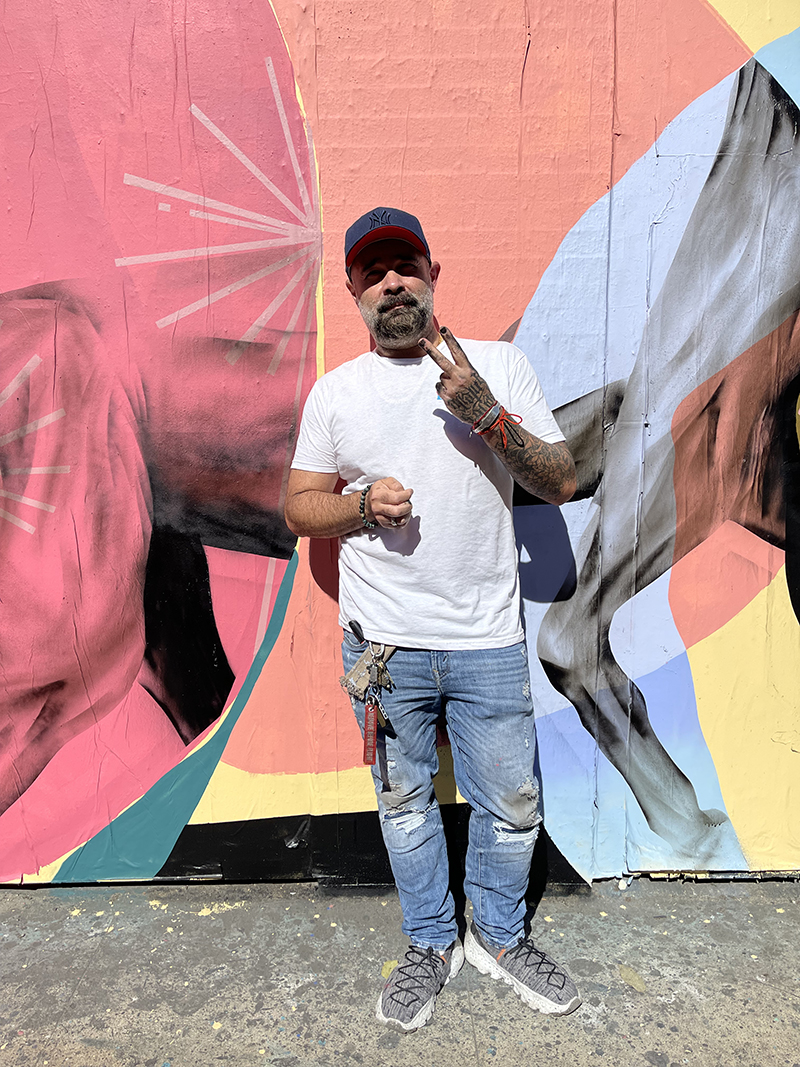 Deftly jumping between public murals and traditional painting, Puerto Rican-American artist Dan Monteavaro, aka Moncho 1929, is increasingly known for his wildly imaginative works. Born in the South Bronx, Monteavaro watched the NYC graffiti scene explode during his formative years, an experience that would shape his future use of movement and self-expression.

“Motion, and the suggestion of motion, are first and foremost,” Monteavaro has said. With its emphasis on movement and color, the artist’s work focuses on recreating the visceral excitement he felt upon discovering city murals for the first time . Monteavaro’s public works rely on easily appreciable geometric shapes and color gradients, while his paintings combine opposing images that create new dialog from disparate threads of cultural thought. Today, Monteavaro’s work can be found in multiple city, corporate, and private collections. Most recently, his work became part of The Figge Museum’s permanent collection, and was included in the juried BP Portrait Awards for The National Portrait Gallery. Dan Monteavaro currently lives and works in Los Angeles, CA.

The mural plays with the reference of a free form of motion. To move unhindered and wild is central to the growth of a culture and the space between. The shapes and colors intertwine and add to the entire space, in a similar tone as a society intertwining and adding to the collective journey. Each moment in the collective motion is captured and gives a view of an abstracted energy we all share in a bustling and changing city. 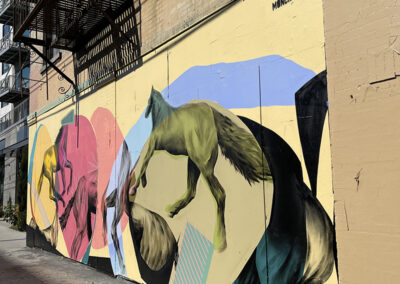 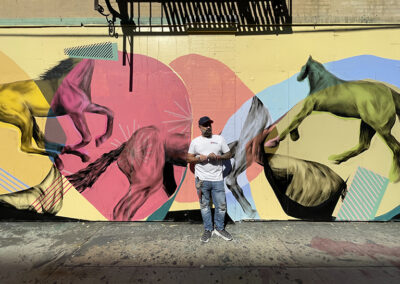 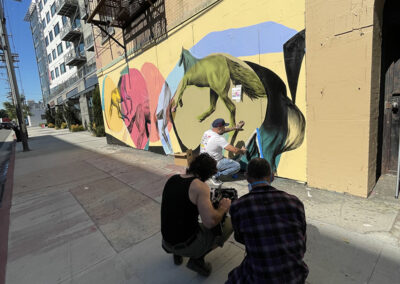 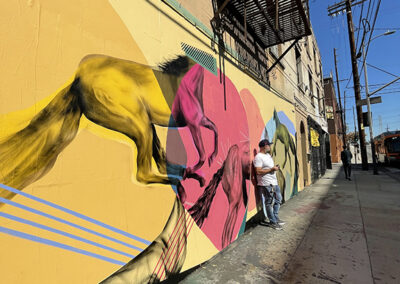 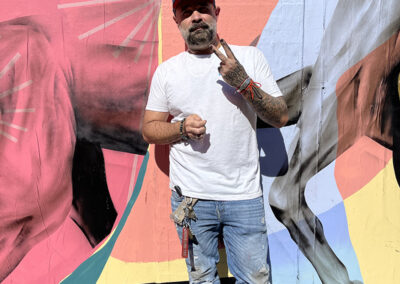 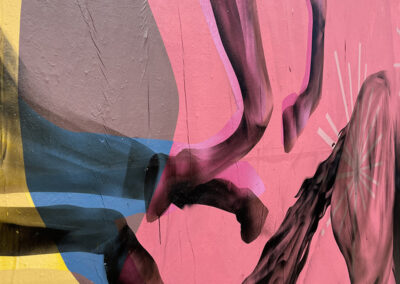 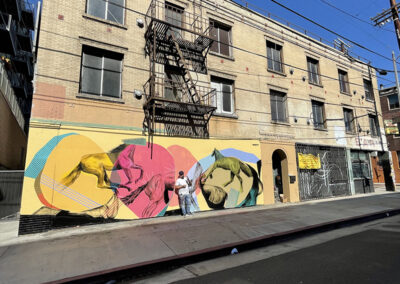 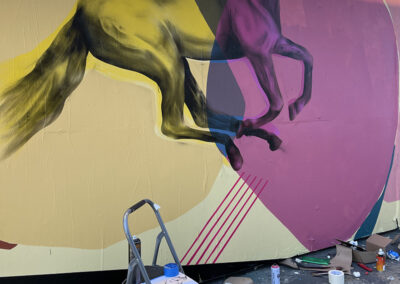 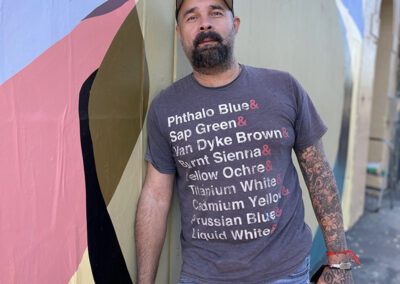